Ask a travel agent to highlight just 7 destinations to make up a dreamy Greek trip and you have caused them a terrible headache.

Ask the Greeks to make a list of the most beautiful places in mainland Greece or the archipelagos, and they will end up writing books with hundreds of pages.

So, this is merely a comprehensive or even illustrative guide with the 7 best locations to include in a trip to Greece. It will give you, though, a small taste of what lies ahead of you! Enjoy!

1. Athens – When words are way too poor to describe what needs to be described

No trip to Greece is ever complete without a stop at Athens, the cradle of western civilization, counting many millennia of history.

The cultural center of Greece took its name from an Olympian goddess, Athena, after fighting over ownership of the city with another Olympian God, Poseidon. Today, it is known as the land that gave birth to Democracy and some of the most reputed and important founders of western philosophy, such as Socrates, and landmarks like the imposing Acropolis and the towering Parthenon, among myriads of others. For a history buff, it can’t possibly get any better! 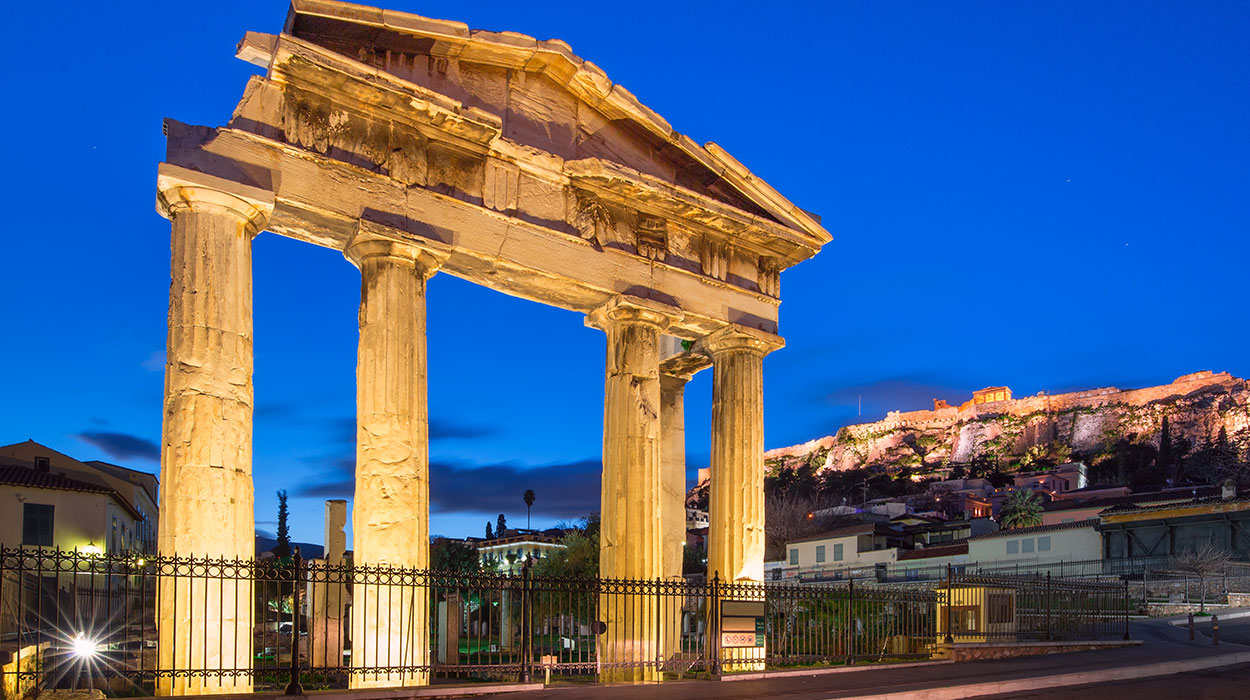 Now, if delving deeper into Greek culture fascinates you, then expect to be pampered with a rich heritage and a wide range of authentic traditions. For a refreshing dive into the city’s cultural bequest, we suggest a stroll through some of the oldest neighborhoods in entire Europe, such as quaint Anafiotika and Plaka.

That aside, Athens is full of museums, art galleries, and theatres, sitting comfortably near beautiful alleys and iconic landmarks. After all, Athens is, indeed, right next to the European Capital of Culture for 2023 – neighboring Eleusis city has been anointed as such! 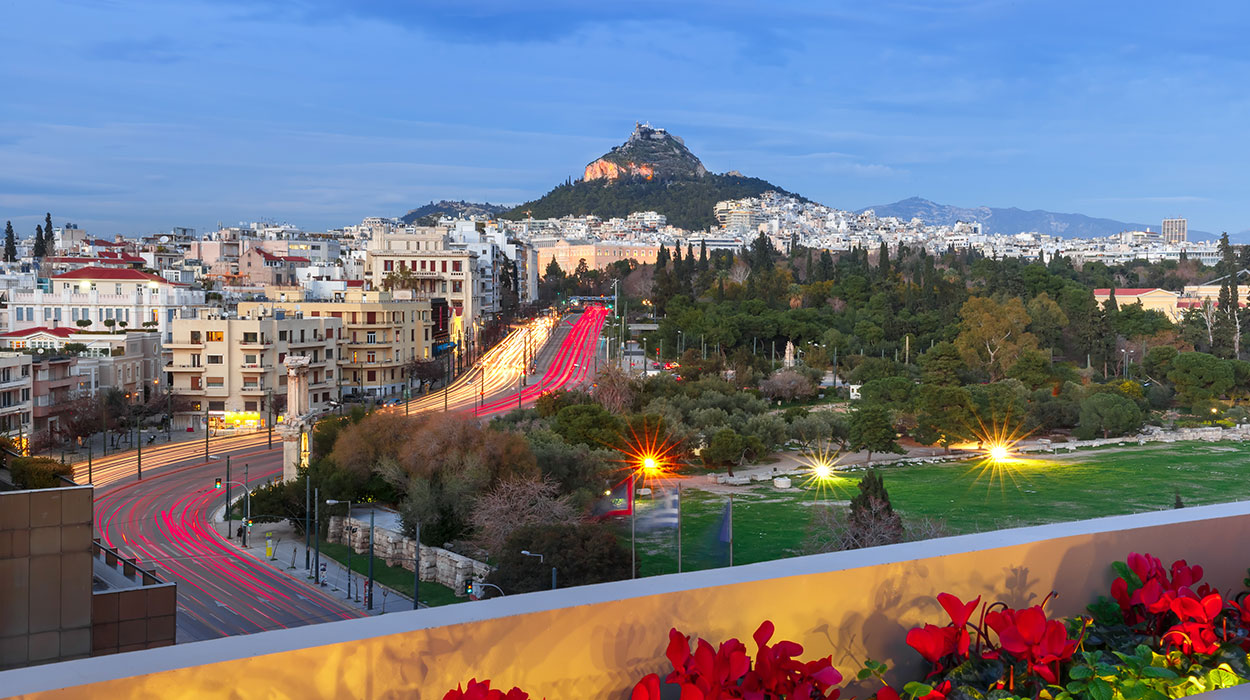 Mythology lovers, on the other side, will find themselves swirling in a powerful and almost intoxicating journey where ancient gods, semi-god heroes, and mythological creatures and their stories steal the show.

Of course, no Greek trip to Athens will leave you satisfied without having enjoyed a tasty cup of coffee at a cozy cafe or delicious Greek dishes served at a family-run tavern. And let’s not forget the lively nightlife and the countless events that take place annually (not to mention the ones included in the preparations for the crowing of Eleusis) and add the final touches to an already perfect picture!

At Be A Greek, we help you create ideal tours in Athens city and enjoy Athens life. There are so many ways to get the most from your trip to Athens and we have built up some unique Athens experiences, tailored to your own needs.

Cosmopolitan and incredibly exclusive Mykonos can be part of a trip to Greece that is distinguished by unprecedented levels of luxury and spoiling. A party mecca for the entire Mediterranean and beyond, the Queen of the Cyclades hypnotizes with its legendary nightlife, mega clubs fronted by international DJs, and natural allure. Plus, it makes one of the best Greek trips in 2023 for travelers for its fantastic range of services, events, and entertainment geared around the lively community.

Adorned with powdery shores and crystalline waters, the Island of the Winds offers much more than endless partying and a VIP lifestyle. Feel free to wander around its cobblestone streets and admire beautiful, whitewashed Cycladic architecture, or head to the port and make acquaintances with Peter the Pelican, the island’s mascot! Or, why not, walk all the way to the beachfront and take in the most idyllic sunset views from the charming Little Venice neighborhood with the Venetian-style, colorful cafes, bars, and restaurants (once residences of wealthy sea captains and merchants) or snap photos of the iconic windmills right next to Little Venice. 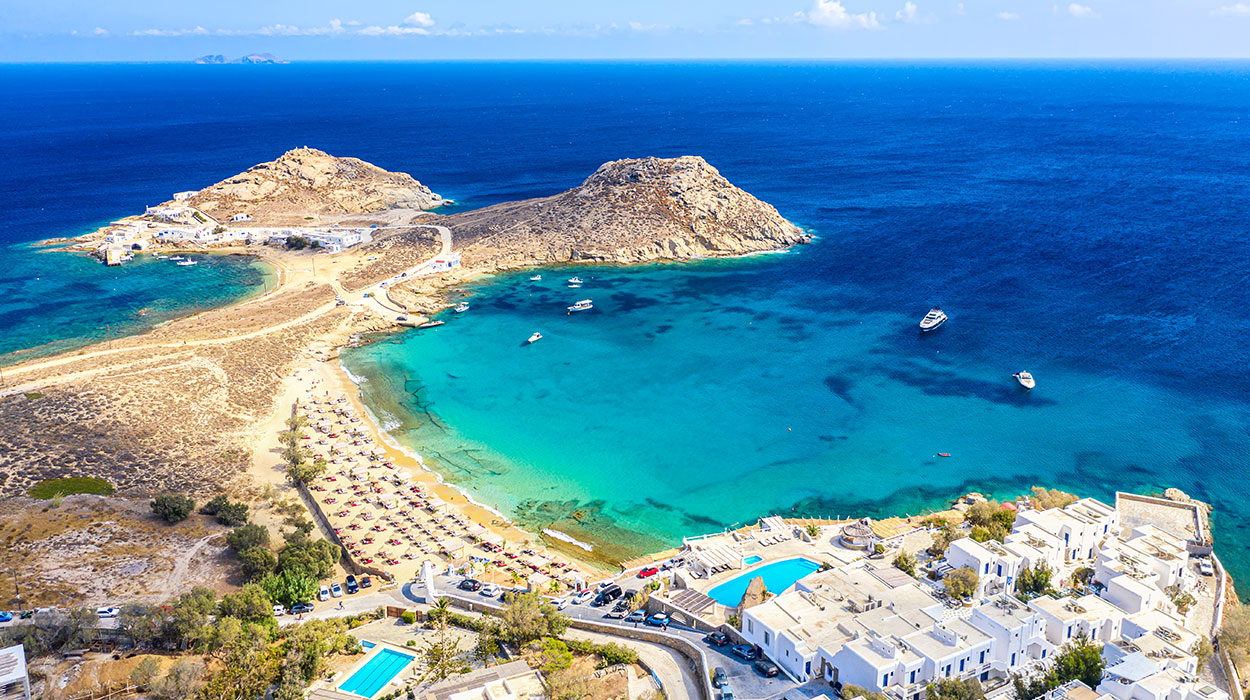 Want to inject more culture into your Mykonos ventures? Lena’s House (a folklore museum), the Folklore Museum of Mykonos, the Archaeological Museum of Mykonos, and the Aegean Maritime Museum will magnetise your senses, one way or another. And, did you know that Mykonos is home to more than 300 Greek Orthodox churches and chapels? Incredible as it may sound, the smallish Greek island is, indeed, home to that many Christian worship houses of prayer, with Byzantine Panagia Paraportiani Church and Paleokastro Monastery being a must-visit.

So besides having a hard time deciding which of the countless nightclubs, fine dining restaurants, taverns, and cafes to choose from, Mykonos raises the bar with other aspects that make a trip to Greece (with a stop at the Cyclades Island complex) a key component for dreamy vacations.

This was hands down, one of the best Greek trips in 2022, and a hugely popular option for next year and the years to follow. The largest Greek island that sits on the south of the gleaming Aegean Sea offers everything one could possibly dream of. The land of King Minos and the most advanced civilization of the ancient world, the Minoans, is home to numerous sights of historic and archaeological interest with thousands of years of history on its back. This multidimensional place is where you will find the imposing Knossos, Zakros, Malia, and Phaistos palaces, as well as impressive Ottoman monuments, delightful Venetian ports (see Rethymnon, Heraklion, and Chania), archaeological sites (e.g. Spinaloga, Apera, Elefthera, and Gortyn), Byzantine churches and monasteries, Venetian cafes, and natural wonders like no other place on earth. 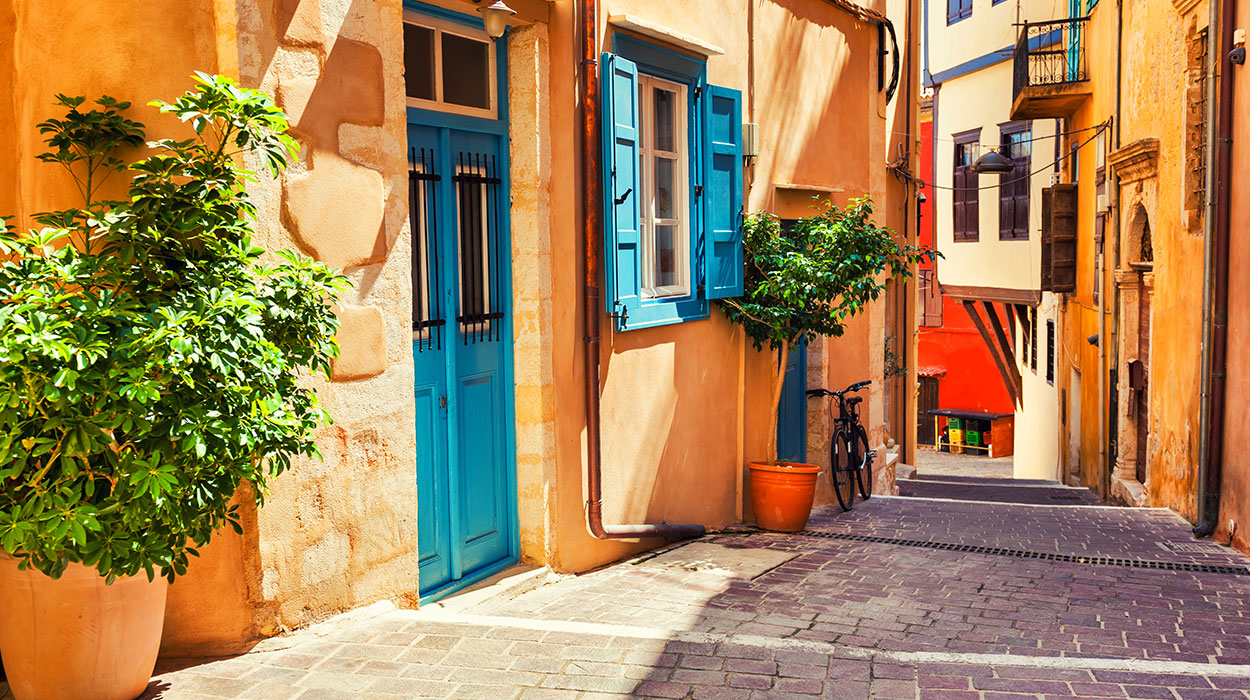 Expect to be greeted with anything from mountain treks and tours to jaw-dropping waterfalls, gorges, rivers, and scenic traditional villages untouched by time. And let’s not forget the unbelievably and absolutely magnificent coastline that is fringed with some of the world’s most exotic beaches. Of course, we could not omit the vibrant nightlife and the local gastronomy that complements all endeavors with mouth-watering Cretan dishes and exquisite tastes. All these, wrapped with the wholehearted and generous hospitality of the Cretans!

4. Santorini – A mind, body, and soul-gratifying trip to Greece

If you only had to pick one of the innumerable Greek trips available in 2023, we recommend Santorini, especially if you feel your heart pump faster with places featuring unique natural beauty and unmatched romance and charm.

Who doesn’t know the iconic Santorini sunsets and the soaring Caldera! Enjoying profound popularity, like its Cyclades sibling, Mykonos, Santorini offers more relaxed and peaceful experiences. Besides the mind-blowing sunsets, though, Santorini impresses with its unearthly beauty that has been the aftermath of the island’s enormous volcanic activity in the past. 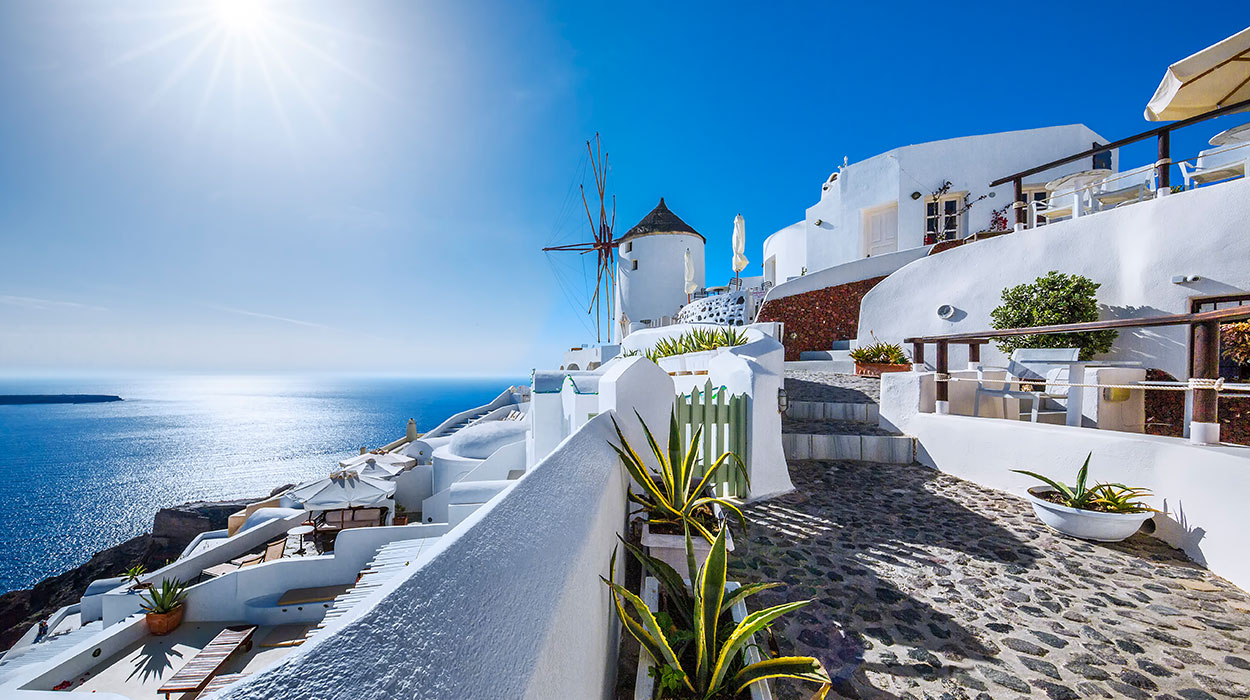 Having found itself a short breath from total extinction due to a destructive volcanic eruption that forced the islanders to abandon their homes and seek shelter on other islands or mainland Greece thousands of years ago, Santorini has managed to stand on its own two feet again and rebuilt itself, even better than before.

Apart from the marvelous architecture that’s distinguished by chalky-white houses and blue-domed churches sitting atop the towering Caldera overlooking the glory of the Mediterranean Sea, Santorini also spoils visitors with diverse beaches, volcanic shores with white, red, and black volcanic sand, idyllic cliff-side villages, endless picturesque alleys filled with restaurants, bars, cafes, and shops, and some of the world’s best and most acclaimed local wines! 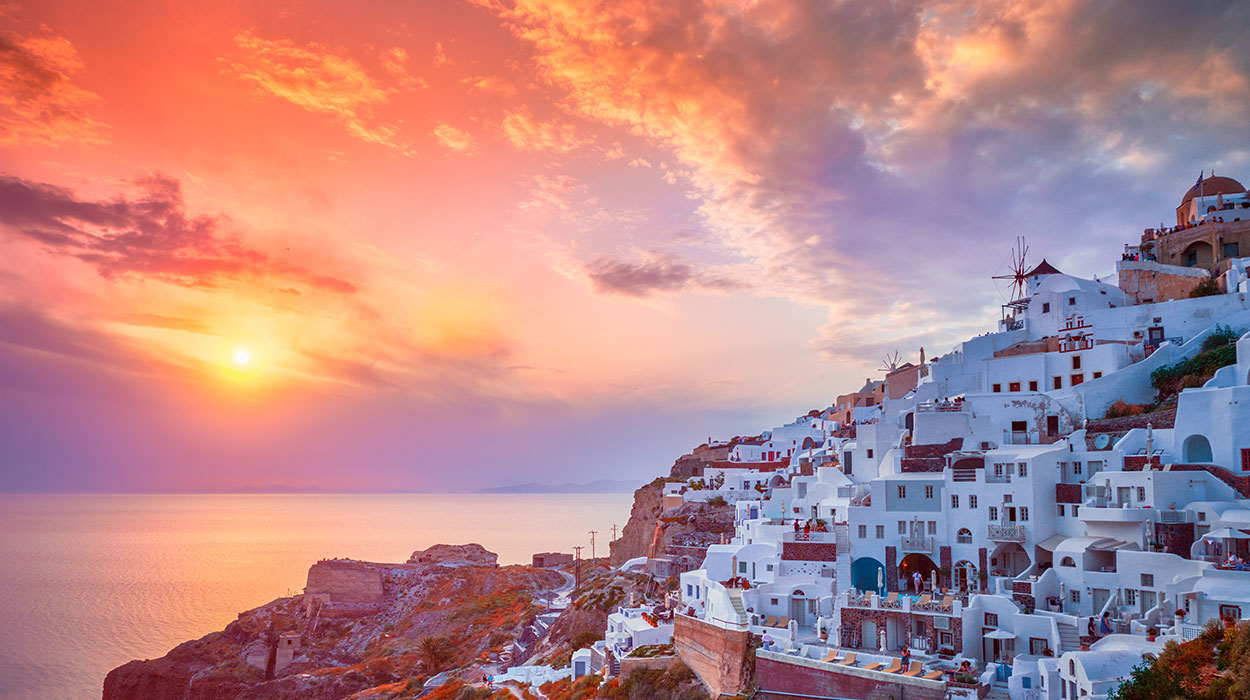 Add to all these the lip-smacking local cuisine (you should definitely try “ntomatokeftedes”/tomato fritters) and the soul-pleasing sailing tours that you could opt for and you got yourself a killer recipe for vacations that have no match.

Milos – If uniqueness had a name

Besides having the most satisfying beach time and sun lounging at one of the 75+ shores, such as white-sand Firiplaka Beach, adrenaline-boosting Tsigrado Beach, astonishing Kleftiko and Sarakiniko beaches, and family-perfect Provatas Beach, the adorable Cyclades Island is also known for its rich minerals and as the place where the iconic Venus de Milo was discovered. No wonder it is on every list with the best Greek trips in 2022 (and will probably find its way on the top Greek trips in the 2023 list)!

Enchanting with its authentic, and somewhat wild, side, despite being a popular travel destination in Greece, Milos will dazzle you with its lunar landscape that’s dotted with tall, rugged rocks that disappear into the water or emerge from the sea, the many sea caves (perfect for snorkeling), and materials like kaolin, sulfur, pozzolana, and perlite scattered all over the island (due to the island’s rich mining history)! 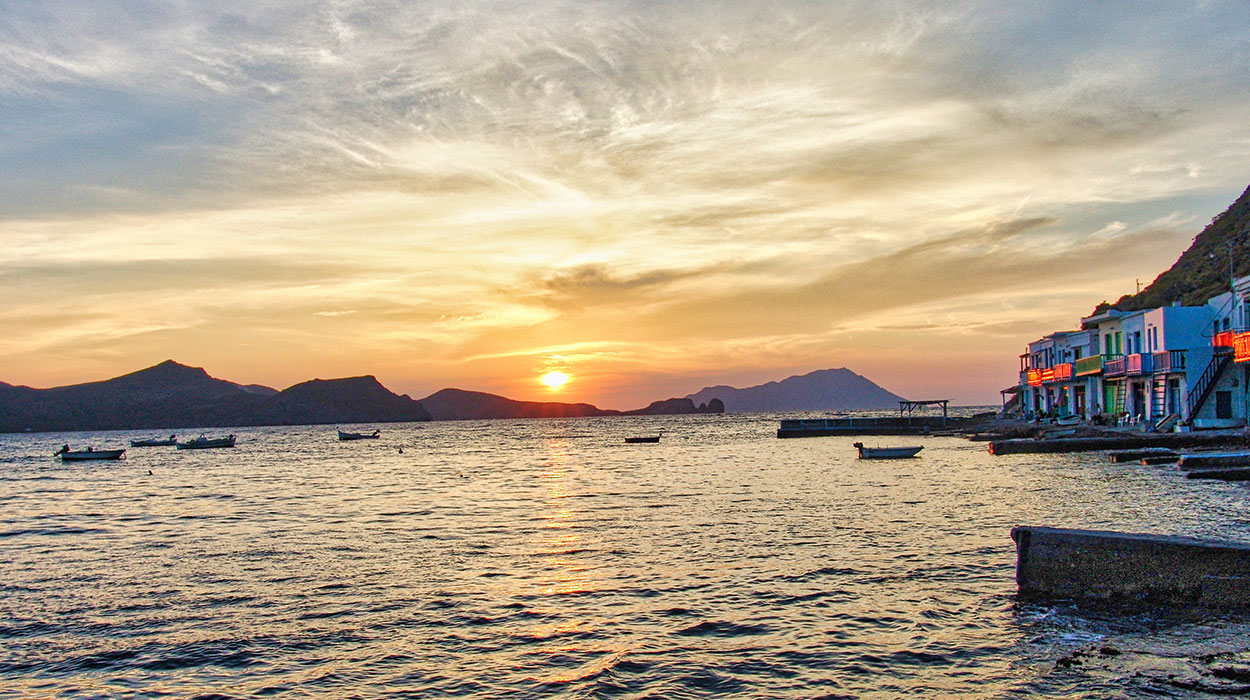 All that aside, Milos opens its doors to visitors with attractions like the Milos Mining Museum, the signature “syrmata” two-storey houses built right on the edge of the sea that were both homes and storage places for each family’s boat, the quaint fishing villages with colorful doors, the amazing 13th-century Kastro (meaning Castle) overlooking the Aegean Sea, several catacombs, and Panagia Korfiatissa Church, a two-centuries-old church dedicated to Virgin Mary with important religious artefacts dating back to the 16th century.

Being a Cyclades Island, Milos offers exceptional sunset views, along with a great dining scene (don’t leave without trying “pitarakia” (a type of local pie), watermelon pie, or the local cheeses), and a plethora of ancient sites and cultural monuments, such as the Ancient Theatre, the Archaeological Museum of Milos, the WWII Refuge Museum, the Ecclesiastical Museum of Milos, and the statue of Venus (goddess Aphrodite).

At Be A Greek, we help you create your dream vacation in Greece without any hustle. There are countless ways to plan your vacation in Greece and we are here to provide you some of the best Greece vacation packages, tailored to your own needs and keeping up with your own pace.

Winter in Greece: A guide to Greece winter destinations